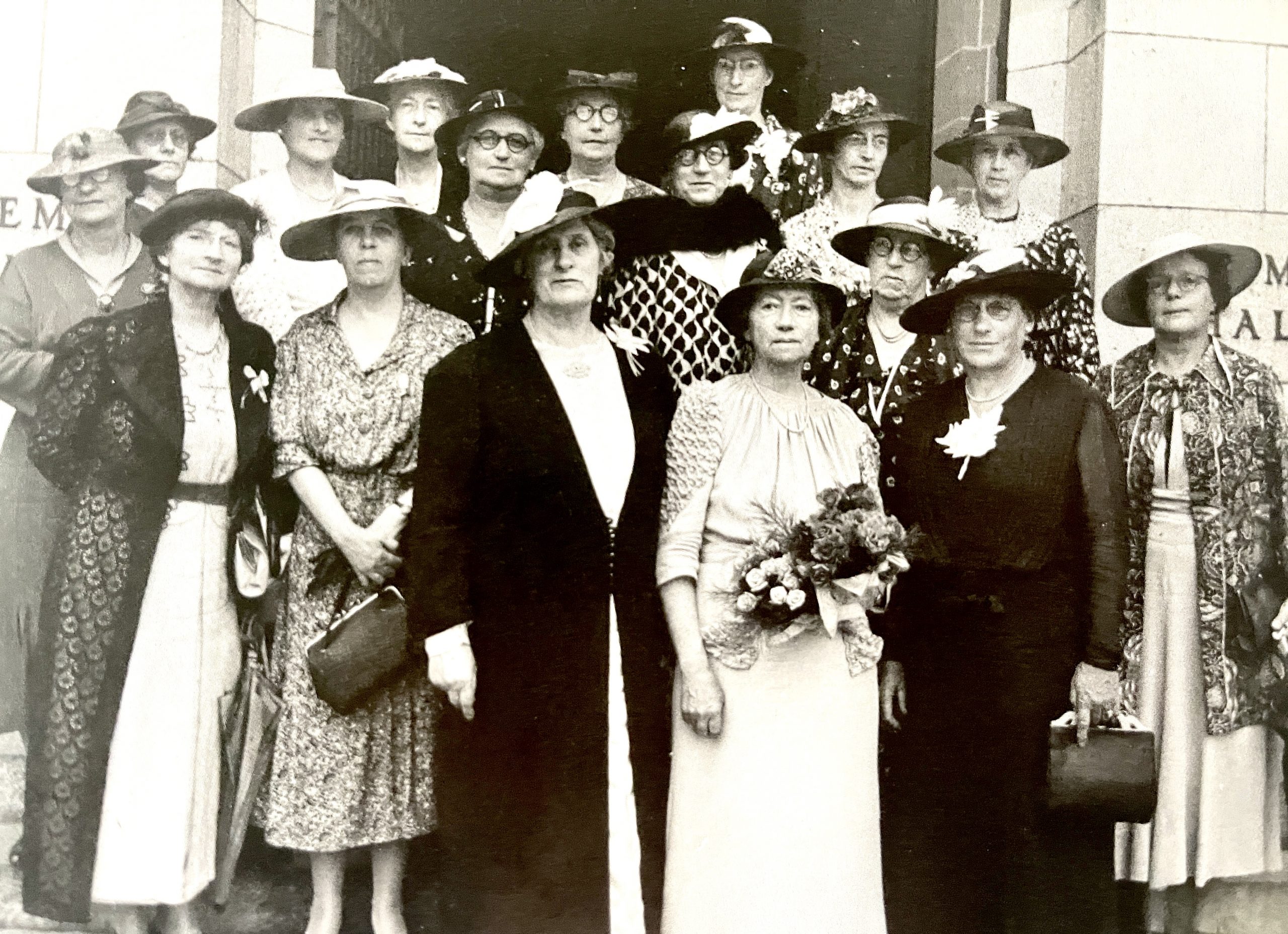 In 1840, when the great World Anti-Slavery Convention was held in London, four women arrived as members of the American Delegation. The convention organisers declared that the presence of women at the all-male convention was “subversive of the principles and traditions of the country and contrary to the word of God”. The women were ultimately allowed access but were restricted to a curtained gallery.

When they returned home in 1848, they called the first Women’s Rights Convention at Seneca Falls. These conventions continued periodically in America until 1888 when, in Washington, representatives of seven countries – England, France, Norway, Denmark, Finland, India, Canada and the United States – decided to set up a permanent organisation to be known as the National Council of Women. Each country would establish its national council, and an international council would coordinate the work worldwide.

1879 – Institutionalised children (43.2% by 1879) who lived in state-run institutions. A further 53.6% lived in institutions that received government subsidies or grants.

In 1893 Margaret Windeyer (1866-1939) was appointed as the NSW Commissioner to the World’s Columbian Exposition, held in Chicago in that year. Records show that Miss Windeyer was extraordinary and reportedly the best woman speaker in the colonies. Her father was a judge of the NSW Supreme Court, and her mother was a leader in women’s affairs. With their support, Miss Windeyer emerged as a confident and capable woman, championing women’s rights.

Miss Windeyer and other women involved in their national councils in various parts of the world met at the World’s Congress of Representative Women in May 1893 – part of the program for the World Exposition. As a result, Miss Windeyer began to develop her plans to introduce the concept of a national council in Sydney.

1896 – First official meeting.
Along with a number of interested individuals, eleven organisations were represented at a meeting at the Sydney Town Hall on 26 August 1896. They included the following:

The first committee was formed under the leadership of Lady Hampden, Consort of the Governor of New South Wales.

The establishment of the Women’s College at Sydney University and The Women’s Club are two examples of the innovative foresight of these women. Several women present were experiencing what we now call ‘lived experienced’, keen to ensure their rights and their children’s rights were progressed whilst remaining responsible citizens and providing assistance to those less fortunate.

Suffragists weren’t just limited to those from the Womanhood Suffrage League of NSW. Many women & men were keen to progress the cause before and after the 1890s, particularly as white women in the colony of South Australia had achieved full suffrage. The paternalistic and misguided separatist idea of Aboriginal people being ‘different’ and the then laws of the day meant that many were unable to advocate for their inclusion – although many worked in lots of different ways to seek ‘work arounds’, consult, support, assist, initiate discussion and work on the progress of full emancipation for all in New South Wales.

Government social services were unknown. Women’s economic activities were very limited. Teaching and nursing were the only professions considered suitable for women. The number of women working in shops, factories and offices was small, and these women generally worked under poor conditions. Many worked from home – making ‘pin money’ by offering child minding, laundering/washing, baking and other goods and services. Women could (and did) own property and businesses, yet had no ‘rights’ regarding the children they gave birth to. The colony and State of New South Wales have generally been enterprise-driven community/communities.

1897 – Lobbies for libraries and kindergartens and the inclusion of Domestic Arts in the school curriculum.

1898 –  Affiliates with the International Council of Women

1904 – Participates in delegations to the NSW government regarding Bills for the Protection of Young Girls, State Children; Infant Protection; and Criminal Law amendments

1909 – Establishes the Alice Rawson School for mothers in Darlinghurst

1911    Holds conference on the subject of women workers

World War I – The Great War – The War to End All Wars.

1916   Holds conference on the subject of women’s work in war times.

Representatives appointed to Film Censorship Board and Soldiers’ Repatriation Committee.

1917  First woman Inspector of Schools appointed, after 20 years of agitation by NCW.

1924  Conference: Prevention and causes of war

1925  Conference: The younger girl in industry

1929  Founding the Board of Social Studies and Training

1937   Request for restrooms to be made compulsory in factories

1944   Presses government for formation of the Nutrition Bureau of the Department of Health.

Organised Exhibition of Women’s Achievements in conjunction with Affiliated Organisations

NCW conference: After equality – what?

1973   International Council of Women Regional Conference held in Sydney: Population Development and the Role of Women

1981   Seminar relating to the International Year of the Disabled

1987   Seminar: Lone Parents and their problems

1995   Organised seminar: Gender Equity Issues in Schools – Broadening the Horizons (These last two seminars were supported by the Department of School Education and were a recommended flow on from the original seminar, Men and Women Against Violence)

1996   Centenary Exhibition at Parliament House (thanks to affiliated members, 12 awards of $1000 are given to university students; $14,000 for seven seats for Sydney’s Domain recreation area)

INTO THE 21st CENTURY

2002   Youth Forum: co-hosts with the Department of Women

Commitment to education on osteoporosis

Involvement in seminars and conferences by Health Adviser

2003   Book presented to Sydney Girls High School in memory of Jessie Scotford OBE, past president and contributor to the advancement of women

Seminars for visiting Japanese women on women’s rights and education

Correspondence with government ministers on the safety on rail transport, alcohol regulations, and the need to improve the regulation of tobacco

Participated in the Beijing+10 consultations

Joined ‘Coalition of Women’ with WEL, BPW, NSW Labor Council and NCOSS to support the issues for women effectively at the government level

Submitted to draft disability standards for access to public premises

Forum on poverty with speakers from UN, St Vincent de Paul Society and the Salvation Army

Handbook created for Advisers and Coordinators

Monitored plans of the Disability Advisory Building Codes Board

Long-term state of the water supply to cities and farms

Recommended Maternity Paid Leave across the board

The portrayal of women in the media

The exploitation of people with regard to the 457 Work Visa

Submission made on food labelling laws and policies

Submissions made to Legislative Council inquiry into social, public and affordable housing, with emphasis on safe refuges for women and children.

Read more on the ‘About Us’ page.